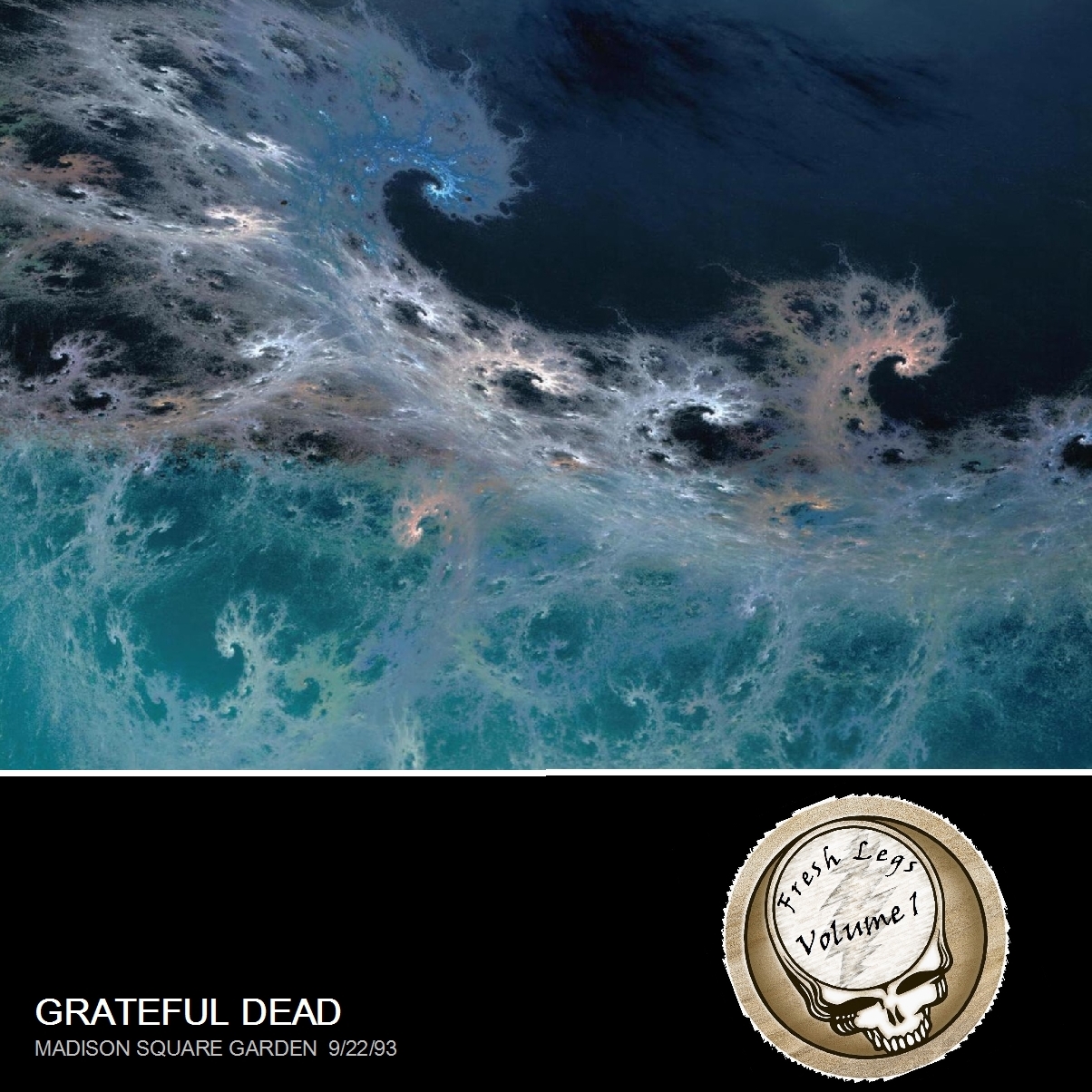 Help On The Way-> Slipknot!-> Franklin's Tower, Minglewood Blues, Ramble On Rose, When I Paint My Masterpiece, Bird Song

This is the *third* matrix of this show that I've released. Why? Well, the first copy was also my first attempt at a matrix. I created it using an audience copy that I had in my collection. After releasing that matrix on etree, and while looking around for an audience copy of 9/28/93, I remembered that on archive.org I could get virtually any audience copy of virtually any show. After grabbing a couple AUD sources of 9/28/93 (for my second matrix), I decided to check out what was available for 9/22. Sure enough, I found AUD sources that are superior to the one I had used in my matrix. So I downloaded the one I decided was best (the GEMS source), made a new, three-source mix with the GEMS source added in, and released a second version.

Since then, I've improved both my syncing and my mastering techniques significantly enough that I decided it was worth redoing my first matrixes. Hence, I'm releasing a third mix of 9/22/93. On top of superior syncing and (I hope) superior mastering, this copy also boasts a superior third source. I've jettisoned the AUD source I used in my first matrix. As it happens, it is possibly the worst AUD source available for the show! In its place, I've used the Pasternak AUD. I think the results justify a third release. I hope you agree.

- Looking for that elusive (some would say 'mythical') jewel, the 'late-era gem'? Look no further -- you've found it. 9/22/93 is exceptional in a number of ways. First, and most importantly, the energy level is, throughout much of the night, almost unprecedentedly high for a post-'91 show. The band comes out firing on all cylinders with a tight, brisk "Help > Slip > Frank." The opener is undoubtedly the highlight of the show, but what follows does not disappoint. Every song in the first set is played with purpose and conviction. The addition of David Murray on sax, starting with "Bird Song" and continuing through most of the second set, creates an excitingly unpredictable atmosphere and is another reason this show stands out.

Now, many will criticize Murray; they will compare his playing unfavorably to Branford Marsalis's work with the Dead. There's no question that Murray's approach differs wildly from Marsalis's: whereas Marsalis provides a sort of 'running commentary' on the music, Murray will hang back for long stretches, only to suddenly unleash a torrent of avant-garde insanity. The sheer strangeness he brings to certain passages makes Marsalis look staid and conservative in comparison. This remark is not intended to diminish Marsalis's performances with the Dead: of the two, I think there can be no question that he's the better accompanist. But Murray brings something unique to the table, and 9/22/93 benefits from his presence.

The second set is somewhat disappointing after the consistency of the first. Bobby could hardly have made a more underwhelming selection than "Easy Answers" with which to start things out. But the "Lazy River Road" is very nice (one of the best, probably), with a sweet bit of crooning from Murray toward the end. The "Estimated Prophet" is also well-done, if a bit meandering. A less-than-stellar "Dark Star" (pun intended) is made up for by an excellent "Wharf Rat," which follows a truly mind-bending "Space." James Cotton steps in for "Throwing Stones" and "Lovelight" to good effect.

In sum, though it peaks early, never managing to live up to the promise of its opener, 9/22/93 is most certainly that rare specimen, the late-era gem.

- Both sets are seamless.

- The sources were remastered and mixed in Logic Pro 9. Clean-up was done in iZotope RX 3 Advanced. SBE's were fixed using Trader's Little Helper.

- I speed- and pitch-corrected both AUD sources uses the iZotope Radius algorithm. Fine-tune syncing was done in Logic Pro 9.

Transferred by
Matrix by Roger Eichorn

Uploaded by Matthew Vernon on November 25, 2013